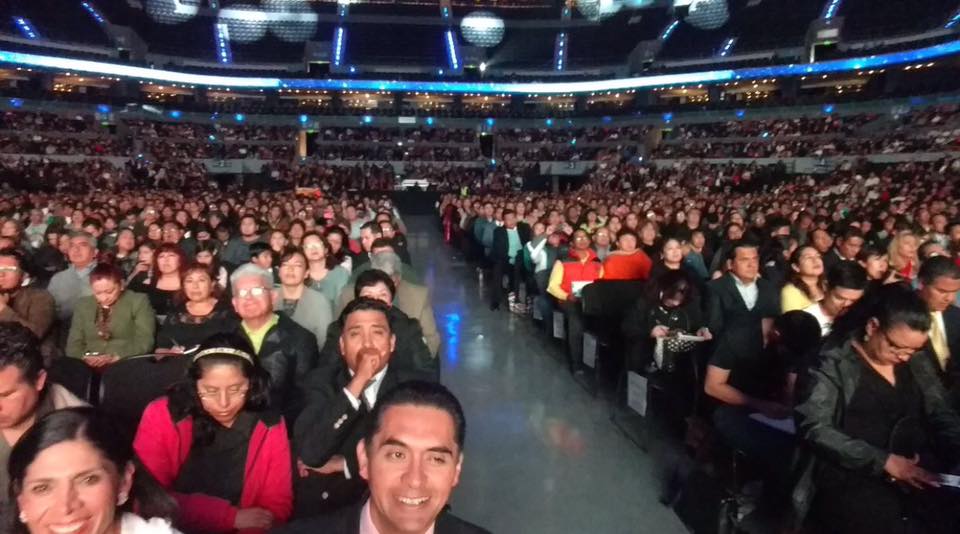 On March 5, 2017 the Mexico City Church of Christ celebrated their 30th anniversary in a powerful way and established a new united clear vision for the Church.

There was not a dry eye throughout the auditorium in this historic event, as 3750 disciples and 4500 in attendance, worshiped and thanked our God for this spiritual journey. The event started at 11 am and ended by 1:45 but the time flew. So much so that at the end of the service when the teen band ended the last song a roar of “encore” from the crowd, inspired our next generation to lead the congregation in one final song.

Missionaries, previous Church leaders and leaders from many of the provinces, attended and were thanked for their service to God and the church.

Doug Arthur preached to the congregation and gave them an inspiring vision for where, if united, this mighty church can head in the upcoming months and years.

The Mexico City leadership team has developed five primary areas of vision that have been targeted; these were presented to the congregation:

During the service the main leadership group was presented to the congregation and four Evangelists and women’s ministry leaders were appointed.

Many said that it is clear that God is opening new doors and setting new expectations for His church in Mexico City. Many in the next generation said it’s clear that God has a vision for this congregation and that He desires us to “take it to the next level” and fill this 17,000 seat auditorium. Many old timers in tears said “This is the church I fell in love with and the one that I want to pour my life out for.”

To God be the glory!